Home In and Around COM Media of the Month: December

Media of the Month: December

As wonderful of a time Thanksgiving is for us students, this “break” truly flies by quicker than any of us want to believe. We enter that first Wednesday off without really considering the fact that things pick right back up the following Monday. It’s important to keep a level head as we return to our regular schedules and the semester draws to a close. One of the best ways to do just that is by spending time away from our school lives and focusing on engaging the mind in other, less taxing activities. And when it comes to engaging media, we have the perfect content to make the end of the year a lot easier for your mind to bear.

It can’t be understated how frustrating our immediate return to classes is after a fun Thanksgiving break. It can cause a lot of angst in our minds, which is energy we can’t afford to have with finals season around the corner. There’s no better album out now that reflects this frustration through sound and style than 18-year-old pop act dltzk’s album, Frailty. A fellow college student themself, they laced this project with strikingly vivid depictions of the trials and tribulations we young adults face. These themes arise lyrically without question, but they also emerge just as clearly through the album’s distorted, ear-splitting mix of stinging guitar tones, blasting drums, and submerging synths. It’s an album that literally sounds like finals week, so what better way to expel our exam-fueled frustration than with a project that just…gets us?

Ok, we can’t spend all of our time being reminded how hard this time of year is. Blissful ignorance is an immediate cure for a host of troubling circumstances, after all. If you’ve spent your day in constant worry, turn on an album like Namasenda’s Unlimited Ammo and see your attitude swiftly change. How, you ask? Through the power of dance, of course! This PC Music-signee pulled together a string of trance-based pop cuts that could bring even the most downtrodden of individuals to the dance floor (even if that dance floor happens to be your dorm room). 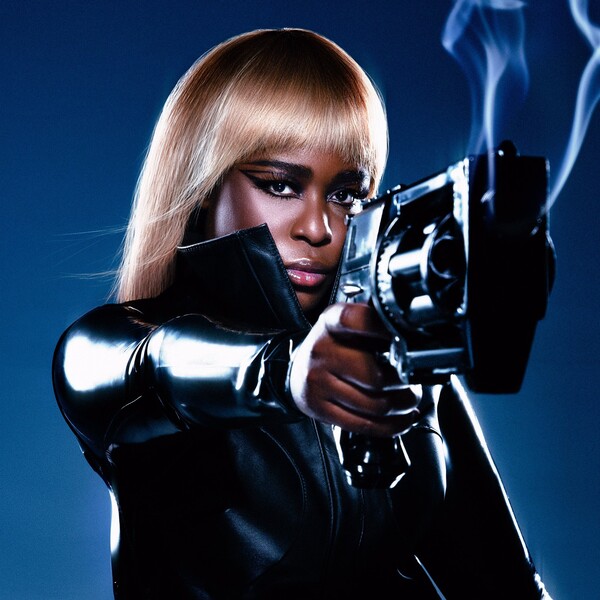 Most of us BU students don’t take the great opportunity we’ve been given by attending a school like this for granted. If we failed to realize this, it would be quite a waste of time (and money) to be here. Though he wasted different opportunities than us, the story of former baseball superstar, Barry Bonds, mirrors our own situations in full. The gifted athlete was already one of baseball’s best players of all time before letting the pressure of the media and his own self-conscious mindset influence him to ruin that through performance-enhancing drugs. ESPN’s latest documentary captures his story in great detail, and it’s truly a lesson in how not to ruin the amazing things you’ve been given in life.

One of the most fascinating aspects of life is when history repeats itself in such a clear-cut manner. Though this documentary came out in the summertime, its focused topic might be relevant now more than ever because of what just occurred at Travis Scott’s ASTROWORLD festival. Woodstock ‘99 was anything but the “peace, love, and music” festival it was meant to be. Multiple tragedies occurred at the festival, including numerous deaths and other harrowing results due to mismanagement, a lawless audience, and the overall American culture that embodied and encouraged careless rage. The film plays out like a horror movie more than anything else as these events are chronicled. But as we have just come to find out, these tragic festival mishaps were not a one-time occurrence. The recent fatalities and chaos at Travis Scott’s ASTROWORLD festival in early November eerily mirror the Woodstock ‘99 chaos. It makes this film even more of a must-watch — there’s obviously still so much to learn about how not to run a music festival.

Though time away from work is all too necessary, not everyone can even afford to take extended time off. That’s why short-form content is just as important to our current livelihoods as lengthy pieces of media. You can’t get much briefer than BBC’s “5 Minutes On” podcast — an absolute treat of a listen that cues you in on current and relevant daily matters. It’s the ideal break time listen to stay in the know while keeping your own busy priorities straight.

Some of the most engaging stories in existence are those with the most mysterious elements. These are the stories that audiochuck’s “Strangeland” podcast tells. Journalist Ben Adair and interpreter Sharon Choi dive deep into California’s immigrant neighborhoods to uncover the truth behind its citizens’ trials, troubles, and tribulations. These real-life investigative reports play out like feature-length films in their narrative structure. It’s an all-too-addicting listen that paints a vivid picture — maybe better than the media does — of the crimes at hand.

Billy Bugara is a 21-year-old creative, media specialist, and research student at Boston University. They currently work as a creative director at SoundCloud where they conduct community/scene-focused endeavors — including artist relations, media projects, playlist curation, and more.  They are also the social media director for Masked Gorilla, running their various social media accounts as well as conducting episodes of their flagship podcast. They are currently double majoring in Media Science and Sociology at BU, with a minor in journalism.